Thomas has been an attorney since 1993 and is fluent in Spanish. He obtained a Finance degree from the University of Texas at Austin (1989) and then worked for an international bank for one year. Thomas was not satisfied with a career in banking and decided to go to law school to fulfill his goal of becoming an attorney.

Since receiving his law degree in 1993 from South Texas College of Law Thomas has focused his career in civil litigation on both sides of the docket. He began his career working for the Law Offices of James D. Guiffre where he worked on plaintiff personal injury cases.

Thomas recognized that working on the defense side could be very beneficial to his development as an attorney and for four years he worked as a civil defense attorney with the firm Boston & Cunningham, P.C. handling the defense of medical malpractice cases. 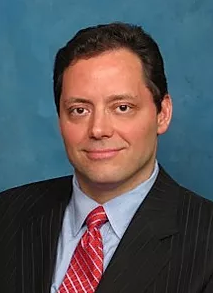 In 1997, Thomas returned to the plaintiff-side and worked for Jim S. Adler, P.C. and handled the firm’s medical malpractice, nursing home docket as well as a large number of commercial vehicle cases. In 2003, Thomas began working for the nationally-recognized Ammons Law Firm where he gained invaluable experience working on complex automobile products liability cases and commercial vehicle cases.

He obtained a large number of 7-figure settlements and verdicts and became a partner in the firm in 2006. In his last year at the Ammons Law Firm, he and Mr. Ammons obtained an Eight Million Dollar jury verdict in a commercial vehicle case involving the death of a 20-year old college student which is reportedly the largest verdict in McClennan County for a single fatality case.

After the case settled on appeal, Tom decided to open up his own law firm and left with one employee; one case and officed in his older brother's law library. Since then the firm has grown and now employs a large staff and several attorneys.

Thomas was chosen as a “Texas Super Lawyer”– by Texas Monthly Magazine in 2007 and 2009 through 2022. This is a distinction shared by only 5 percent of attorneys in Texas. In addition, Thomas is individually rated “AV - Preminent” by the Martindale-Hubbell Law Directory – the highest rating available.